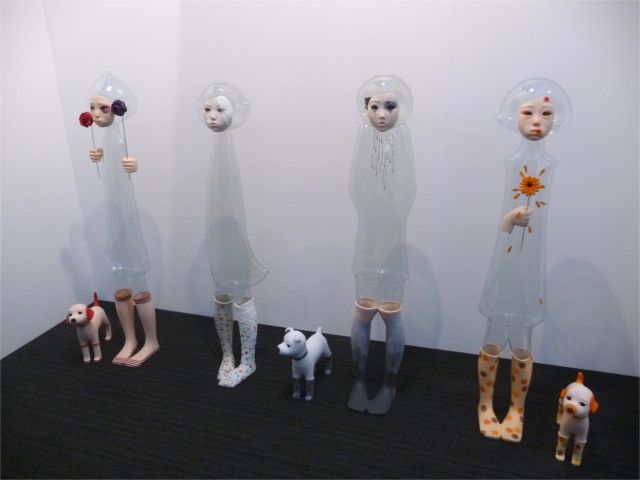 According to their newsletter which I received on my mail this week, over 30,000 people have visited the London Art Fair 2014. A good number of galleries are also saying that they’ve had fantastic sales on all price points. Great news all in all and a really great start for the art industry in this new year.

This all sounds very exciting as it reflects the mass appeal now of the art market, but of course as you know, I am not a collector yet and all I wanted to do in this fair was to see good art. I was really looking forward to see emerging artists –  yes there were plenty but having them all alongside some of the great masters such as the unique exhibition of British Modernism from The Hepworth Wakefield and a few sprinkled here and there in some gallery stands, I can’t help but be pulled in to see works from Barbara Hepworth, Henry Moore and of the recently deceased Sir Anthony Caro and found myself really biased. I’ve spent more time looking at the prints of Henri Gaudier-Brezska and of Eduardo Chillida, and less of the younger and perhaps more flamboyant ones. I do like contemporary art and I would like nothing more to discover young and new artists, but in that moment, I found some solace and hope that what I was looking at was great art.

There must be a reason why Modern Art has been performing well and attracting collectors and art enthusiasts. In fact, The Economist has mentioned that last year’s art sales was mostly from the 20th or 21st century. Personally, I enjoyed the London Art Fair very much, not for the contemporary art, though I’ve got a few favourites below. If it weren’t for the museum partnership with The Hepworth gallery – who aren’t really selling – I would not have enjoyed it as much, but that’s only me and is a matter of personal preference. It doesn’t really matter anyway.  I won’t be able to collect art in any which way, young or old.  In art fairs, the opinion of those buying art matters. So I better shut up.

In any case, here are my favourites: